ornithologist, was born in Stanley on 16 February 1877, son of Frederick Edward COBB, colonial manager for the Falkland Islands Company and later its chairman, and Emily, née Blake.

He obtained a BA degree at Oxford University, was elected a Fellow of the Royal Geographical Society and at the age of 29, returned to the Falklands to manage the sheep farm on Bleaker Island leased from the FIC. 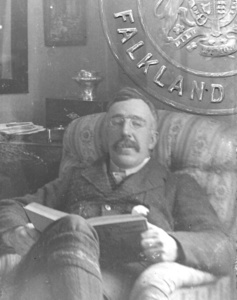 Throughout his time on Bleaker Island (at least 17 years) Cobb made notes on any unusual birds including descriptions with measurements of those that he shot, the number of eggs collected for consumption and any behaviour of birds or animals that he found interesting. He provides a fascinating insight into life on an island sheep farm in the first quarter of the twentieth century.

In May 1908, an Elephant Seal washed ashore at Darwin. A Russian Finn offered to skin it for a bottle of whisky and this took a fortnight at low tides. The bones were cleaned and packed in a crate and the hide soaked and rubbed with alum and saltpetre before being packed in casks. Rowland Ward, a well-known firm of London taxidermists, bought this specimen for £50 and after Cobb had spent about £13 on freight, he had sufficient funds to buy a Birdland plate camera. Cobb used this camera until at least 1922. 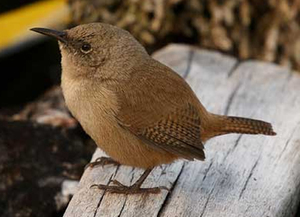 One of the smallest birds of the Falklands is named after Cobb.

On 28 July 1908 on Carcass Island by the beach and ponds (probably North West Point), he shot a wren using rice as the charge. The specimen was skinned and sent to the Natural History Museum in London, where it was studied and described as a new species, Cobb's Wren Troglodytes cobbi. Though considered later by some ornithologists to be a form of the continental House Wren, it was confirmed (1993) as one of the two endemic bird species, with the Falkland Flightless Steamer Duck.

Through his keen interest in natural history and photography, he was commissioned by Gowans and Gray to supply 60 photographs 'from life' and write 'Notes on the Creatures' for one of their Nature Books, Wild Life in the Falkland Islands (1910). Three penguins and 18 other bird species were included with a Sea Elephant, Sea Lion and an octopus. 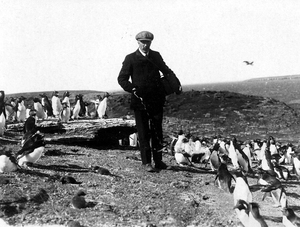 An ornithologist amongst the...

The Upland Goose was described as useful because eggs, goslings and adults were eaten, the latter being 'considered in perfection when the diddle-dee berries (on which they feed largely) are ripe'. Otherwise, 'farmers have thousands destroyed annually in order to save [the grass] for the sheep'. In contrast the Kelp Goose which feeds on filamentous coastal seaweeds was 'ornamental, but not useful, as it is no good for food' but as it did no damage, was 'allowed to live in peace'. The Tussac birds were 'very tame and friendly' but also 'very quarrelsome among themselves' and ate house flies!

Cobb was one of the earliest to recognise and the first person to comment on the disastrous effects of introduced mammalian predators on small birds, writing (1910) that Tussac birds 'flourish on islands where there are no cats or rats'. 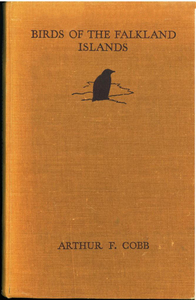 He had similar interests to those of Arthur George BENNETT and they maintained correspondence for over 45 years until Bennett's death in 1954.

Running a sheep farm on an isolated island, Cobb was necessarily self-sufficient and like most of his generation did not hesitate to exploit wildlife. He should, nevertheless, be recognised as a conservationist with Arthur FELTON of West Point Island. Cobb records that between May 1916 and June 1918, nearly 145,000 Tussac roots were planted on Bleaker in five paddocks. Cobb's records were apparently made in different notebooks between 1906 and 1923. It is significant that the great majority of his notes are dated. Many anecdotes are attributed to others but the following note is his:

25 August 1922: Shot a Turkey [Vulture] with ·303 rifle on 'Sister' [one of three small islands 10 km or 6 miles west of Bleaker settlement] when wrecked in Exe and ate it for breakfast at 6 am after it had stewed most of night, very good eating, far better than a goose we had had the day before. 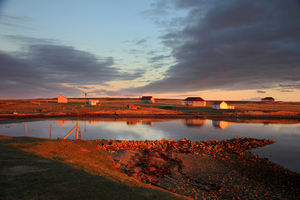 Some years later his notes were copied into a hardbound book which has been preserved in the FIC archives. With the permission of Joan and Terry Spruce, most of the notes were tape-recorded in 1996 and typed to make a booklet of about 70 pages (by this author). A copy was deposited in the FIG Archives and later copied for the owners of Bleaker Island and their visitors.

Cobb's second book, Birds of the Falkland Islands was published by the well-known ornithological publisher, HF & G Witherby of London in 1933, after he had retired to Sussex.

He wrote that information had 'been acquired over a period of several years residence in the Falkland Islands in general and on Bleaker Island in particular.' He made the point that it was not compiled from publications or hearsay but 'from personal observation and contact with the birds, without which a treeless and isolated island would have been bleaker still.' He described about 30 species, outlining their appearance, habits and usefulness or otherwise to a sheep farmer. 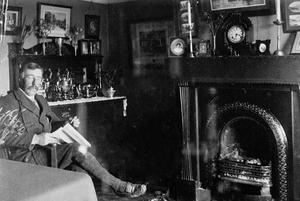 Arthur Cobb at home on Bleaker...

Referring to the wreck of the cutter Exe, he noted that he and his companion(s) 'had been spending rather a hungry couple of days and nights, surrounded by sea-lions' before eating the stewed Turkey Vulture. They were lucky to be rescued! Reviews in at least ten publications from the Times Literary Supplement and the Liverpool Post and Mercury to the Worthing Herald comment on the 'actual field work' described and show that with 'the charm of novelty and the power to arouse desire' the book 'deserves high praise' and was seen as a valuable firsthand account with excellent photographs.

Cobb's books remain intriguing records of a naturalist-farmer's involvement with the wildlife among which he lived and worked. He made an important contribution to Falkland Islands ornithology through his keen observations, careful note taking, photography and collection of bird specimens. 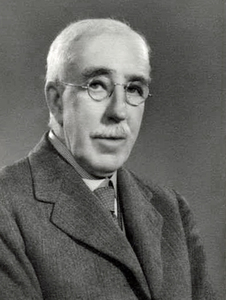 It is fitting that he should be remembered in the name of the [Vulnerable] endemic Cobb's Wren, which only survives on predator-free islands.

A modest likeable man he lived in quiet retirement in Sussex, but always retained a close interest in the Falkland Islands. Not wealthy, he none the less established a modest fund for the benefit of employees of the FIC, which was administered by the two most senior managers of the Company in the Islands.

Arthur Cobb; Birds of the Falkland Islands - A record of Observation with the Camera; H F & G Witherby; 1933