zoologist, was born in Holloway, London on 15 February 1928, the second son of Frederick Bonner and Constance, née Hatch.

He was educated at the Stationers' Company's School and University College, London where he studied zoology. He shared a laboratory balance with Jennifer Sachs, whom he later married. They had two children: Martin (b1958) and Lucy (b1962). 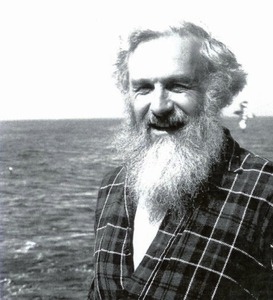 Bonner's interest had been entomology, especially beetles, and he had planned to work in East Africa, but in a life-changing decision he was beguiled into joining another classmate, Bernard Stonehouse, on an expedition to South Georgia. Stonehouse had persuaded Miles CLIFFORD, Governor of the Falkland Islands, to fund an expedition to study king penguins. In August 1953 the two men sailed on the whaling transport Polar Maid and on the night they arrived at Leith Harbour Bonner developed acute appendicitis. After a month in a fire-devastated hospital, he joined Stonehouse at FIDS base 'M', a garden shed nicknamed 'Shrillwillie Hall', erected at Paul Beach in the Bay of Isles. For 15 months, Bonner studied elephant seals while Stonehouse studied penguins.

After working up the results of his fieldwork and marrying Jennifer at Hampstead Registry Office in August 1955, Bonner returned to South Georgia in 1956 as government biologist and sealing inspector, charged with implementing a management plan which would successfully rescue the elephant seals from years of over-hunting. 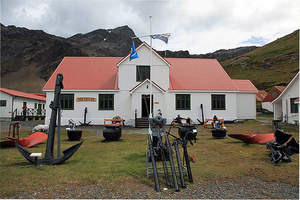 The job required accompanying the Norwegian sealing crews around the beaches of South Georgia and supervising the killing of seals under licence. To provide information on the seals' biology, large numbers were tagged and teeth taken from carcases were sectioned to assess their ages. A study of the fur seal, which was recovering from near extinction, became a subsidiary project and Bonner set up another garden shed, 'Bonner's Bothy', on Bird Island where the breeding population was concentrated.

Bonner also made the first study of the introduced reindeer at South Georgia. The original one-year contract was extended to six years, and his wife and infant son joined Bonner for three years in one of the houses of the small administrative settlement at King Edward Point. The couple became fluent in Norwegian and made friends among the whalers, which enabled Bonner to gain a deep knowledge of South Georgia and its whaling industry. Einar STRAND, the long-serving blacksmith at Grytviken, became an unofficial bestefar, grandfather, to Martin Bonner. 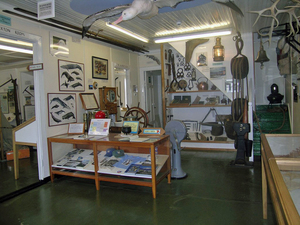 From 1962 to 1967, Bonner was lecturer in zoology at Sir John Cass College and he then became director of the Natural Environment Research Council's Seals Research Unit. Starting with a team of three which included Bill Vaughan, his successor at South Georgia, he was responsible for rationalising the management of British grey and common seals, which were being hunted both for their skins and to protect fisheries.

In 1974, Bonner became head of the Life Sciences Division of the British Antarctic Survey and he retired in 1988 as deputy director. These posts brought him back to South Georgia and he was able to regale a younger generation with tales of the now extinct way of life of the whalers and sealers. He became concerned with Antarctic environmental and conservation issues and was chairman of the Conservation Subcommittee of the Scientific Committee on Antarctic Research (SCAR) from 1974 to 1992. 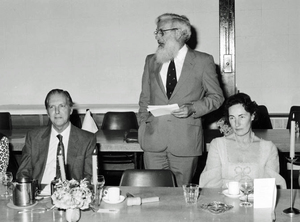 After retiring from BAS, Bonner became involved with South Georgia again. He accompanied a team which cleared some of the environmental hazards at the abandoned whaling stations where storms and vandalism had caused extensive damage. From this work sprang the concept of a Whaling Museum which, with funding from the South Georgia Government and the enthusiastic assistance of a small team, was set up in 1991 in the manager's house (Villa) at Grytviken. As Bonner wrote 'If [the museum] causes [visitors] to think a little more deeply about the whaling industry, the management of natural resources, and the society of whalers, I think we shall have achieved our objective'.

Bonner had many other interests. He served as president of the Mammal Society for a unique two terms, being awarded the Society's Silver Medal, and was active in the Zoological Society of London.

In 1987 Bonner was awarded the Polar Medal for his Antarctic work. Most of Nigel Bonner's professional life was devoted to the study of seals and he is best known for his pioneering research on the fur seals of South Georgia and for placing the management of British seals on a firm basis. His early employment as a sealing inspector gave him a love of South Georgia that reached its final expression when he established the South Georgia Whaling Museum.

He died of a heart attack on 27 August 1994 at home in Godmanchester, Cambs; his ashes were later scattered at Bird Island, South Georgia.

A beach in Larsen Harbour, South Georgia, where Weddell Seals breed, is named after him, as is the BAS laboratory at Rothera in the British Antarctic Territory.