government geologist, was born in London on 16 May 1885, the son of William Baker. Educated in Woolwich, he first trained as a teacher but then entered University College, London, in 1905 to study mathematics, physics and chemistry. There, under the guiding influence of Professor EJ Garwood, his geological interests came to the fore and he graduated with a BSc in geology, second-class honours, in 1908. He joined the London Teaching Service and his nomination in 1910 for membership of the Geological Society of London describes him as a 'teacher interested in continuing the study of geology'. He began researching the deeper geological structure of the London area, utilizing borehole records, and he published two substantial scientific papers on that theme in 1917 and a third in 1918, despite active service during World War I with both the Royal Flying Corps and the Royal Navy. Writing aboard HMS Carysfort in July, 1918, he noted 'I have been continuously on active service, first flying in France and later serving afloat, since 1915', adding sardonically that his geological researches served 'to beguile the tedium of life afloat'. On being demobilized, Baker returned to full-time geological research at Imperial College, London, studying the mechanical properties of sediments and methods for their examination. For this work he was awarded his doctorate in 1920 and published a series of papers describing his results in the same year. Later in 1920 he was appointed government geologist for the Falkland Islands and arrived in Stanley aboard RMS Orita on Christmas Day, 1920. His wife remained behind in London, Baker having arranged that she should receive half of his £600 per annum salary. 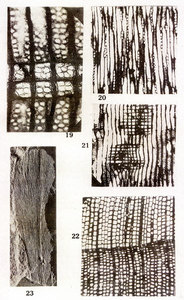 543 Illustrations of the petrified...

Baker's principal objective in the Falkland Islands was to assess their potential for minerals of economic importance. At the time the broad outline of the Islands' geology had been determined, mainly through the efforts of two scientists accompanying Swedish expeditions to the South Atlantic region - JG ANDERSSON and TG HALLE. Baker set out to extend that understanding and to produce a comprehensive geological map of the Falklands through a series of horseback traverses across the larger islands, supplemented by coastal boatwork. The scale of his task should not be underestimated. He was faced with a large uncharted area devoid of infrastructure and very sparsely populated. His coastal work was largely opportunistic, determined by the irregular sailing schedules of the coastal steamer, whilst for his inland traverses he was dependent on the goodwill of farm managers and shepherds for accommodation, provision of horses and the transport of specimens. Their support seems to have been unstinting, as Baker acknowledged in his final report:

Station-managers and "camp" shepherds alike willingly and gratuitously housed me and fed me for as long as I chose to stay with them, provided horses to meet my needs and either constituted themselves my guides or found others to act in that capacity. 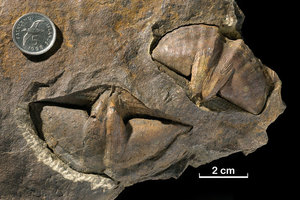 His explorations were carried out in twelve tours, extending through most of two summers and the intervening winter, and it seems unlikely that he spent much time enjoying the comforts of Stanley, though on 28 June 1921 he did find time to entertain the Stanley Literary and Debating Society with 'Musings of a Geologist'.

Baker's geological work was thorough and comprehensive but several aspects have proved particularly enduring. He visited the outcrop of the oldest, metamorphic, rocks in the islands, the 1,000 million year old Cape Meredith Complex on West Falkland, and produced the first systematic description, noting the similarities with parts of the Cape Province in South Africa. Building on this correlation, he detailed the close association of the overlying Falklands sedimentary succession with the geology of southern Africa, but also demonstrated a broad awareness of contemporary geological work in South America. In placing the Falklands within their regional context he adopted a radical stance, favouring the highly controversial idea of continental drift, then only recently published by Alfred Wegener. Further evidence for this came from Baker's extension of the fossil flora contained in the youngest Falklands sedimentary rocks in Lafonia. In common with his other geological specimens, these plant fossils were sent back to Imperial College, London, and a description of them was presented by Professor AC Seward at a meeting of the Geological Society on 6 December, 1922. Seward named one of the new species discovered by Baker in his honour - Dadoxylon bakeri.

Despite his considerable scientific success - his geological map was not superceded until 1972 by the work of GREENWAY - Baker failed to discover economically important minerals in the Falklands. This disappointment, coupled with the arduous and difficult circumstances of his surveying, is reflected in his reports by many comments and asides as, for example, when describing his efforts at photography: 'I carried a plate camera with me and took numerous photographs, but ... riding over such rough country frequently meant disaster to my pictures. Plates innumerable were smashed, and several times the camera itself'. His frustrations show most clearly in the preliminary draft of his final report, a copy of which is held by the Falkland Islands Archive. One telling passage which did not make it into the final 'official' version complains that 'The visible rocks tell the unfortunate geologist nothing fresh, and his common lot is to ride and ride, in driving rain, or shrieking wind, or both, hoping to light upon a rock-exposure in the banks of some uncharted "arroyo*".' Baker left Stanley on 2 April 1922 aboard RMS Orcama. He had carried out the first assessment of the Islands for minerals of economic importance, and compiled the first comprehensive geological map.

Back home in London, Baker spent some time examining his geological specimens at Imperial College and completing his final report to the Colonial Office. Later in 1922 he moved overseas again, to Grenada in the West Indies, first to become headmaster of the boys' secondary school and then, in the following year, director of education. He continued in this post until 1926 when he returned to geology as director of the Geological Survey of Newfoundland, serving there for three years. In 1929 Baker returned to England, rejoined the London Teaching Service, and resurrected his researches into the deeper geological structure of the London region, publishing a paper on the potential for concealed and undiscovered coalfields in 1935. This proved to be his final published work although he continued teaching until his retirement in 1950. He died at home in Catford, London, on 6 December 1954.