colonial treasurer, was born at Doctor's Creek, Fox Bay, West Falkland on 14 January 1921, son of Franklin Gleadell and Winifred, née Davis. He went to the Government School in Stanley and although school-leaving age was 14, stayed on an extra year. He remembered life in Stanley as carefree without frills, a place where one made one's own amusements. After school he worked on the government daily newssheet Penguin for £3 a month, before being transferred to the Electricity and Telegraphs Department as a clerk. 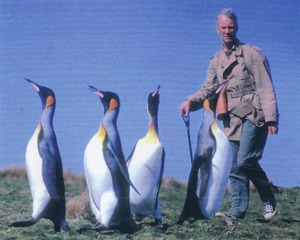 He had joined the Defence Force at the age of 18, and the outbreak of war saw him posted to Sapper Hill battery as a signalman. He was later recalled to the civil service, but worked with the patrol ships Roydur and Afterglow at nights as a signalman. He spent seven years acquiring accountancy qualifications from correspondence colleges and when an auditor, Robert BOUMPHREY, arrived from England in 1947, Gleadell became his clerk.

After three years, he was sent to the Colonial Audit Office in London and then to Gibraltar for six months. In 1950 he returned to the Islands to become auditor, and after seven years in this post he was promoted in 1959 to become colonial treasurer, the first Islander to fill this post. While the budget was small in post conflict terms, the Treasury also ran the Savings Bank and the old age pensions scheme as well as transferring money abroad and supervising telephones, broadcasting, the air service, the power station, a trading vessel and even the funeral service. 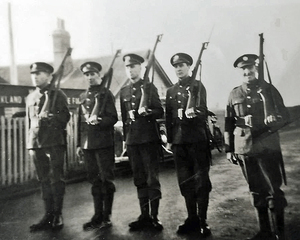 In 1966, Governor HASKARD was recalled to London for consultations and Colonial Secretary THOMPSON was on leave, so Gleadell was sworn in as acting governor. He soon faced a challenging situation when an Argentine DC4 airliner was hijacked by the CONDOR Group and force landed on Stanley racecourse. The Islands' Defence Force surrounded the plane and eventually the hijackers surrendered. Gleadell's handling of a delicate situation during a politically sensitive period was widely praised and he attained his objective of resolving the incident without casualties on either side.

The Queen awarded him the OBE, while in Tierra del Fuego an order for his arrest was issued on charges of 'deprivation of freedom, public intimidation, rebellion and theft.' Travel through Montevideo henceforward attracted the attention of the Argentine press and there were calls for 'extradition'. This, plus concern that it might be necessary for his children to be educated in Argentina, were among the reasons why Gleadell retired from government service in 1972 and emigrated to New Zealand. He worked there for ten years as accountant for a department store. On his retirement he relaxed with his grandchildren, played golf and ran a large vegetable garden.